Grade 8 Drama Notes;  Copy at least twenty of the most important notes into your notebook.

ACT
1) Subdivision between sections of a play. A short play is a "One-Act-er", a play with one interval has two Acts etc. Acts are subdivided further into Scenes.

ACTING AREA
That area within the performance space within which the actor may move in full view of the audience.

AD LIB
The presence of mind by an actor to improvise when;
1) another actor fails to enter on cue
2) the normal progress of the play is disturbed
3) lines are forgotten
4) It may also be a bad habit developed by some actors whereby unnecessary 'gags' are introduced into the dialogue.

APRON
Section of the stage floor which projects towards or into the theatre from the PROSCENIUM ARCH.

BACKSTAGE
The part of the stage and theatre which is out of the sight of the audience. The service areas of the theatre.

BEAT CHART
A spreadsheet that points out which actors are in each scene.  A schedule.

BEGINNERS
A call given by the SM to bring those actors who appear in the first part of a play to the stage. e.g. "Act One Beginners to the stage, please". The actors/actresses are then called by name.

BLACKOUT / BO / B.O.
Complete absence of stage lighting. Blue working lights backstage should remain on except during a Dead Blackout (DBO), when there is no onstage light. Exit signs and other emergency lighting must remain on at all times.

BLACKS
1) Black clothing worn by stage management during productions.  A key to some magic tricks.
2) Any black drapes or tabs, permanently or temporarily rigged. They are used for masking technical areas from being viewed by the audience.

BLOCKING
The process of arranging moves to be made by the actors during the play, recorded by stage management in the prompt script. (using terms such as "Gardner X DSL" meaning the Gardener crosses to downstage left.) 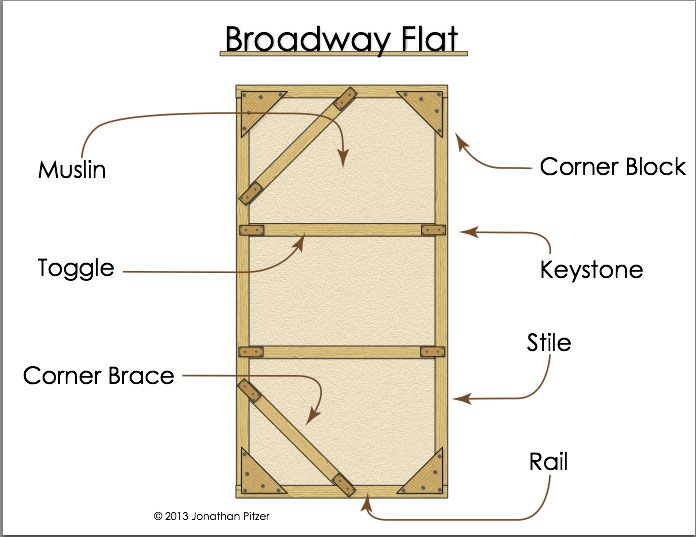 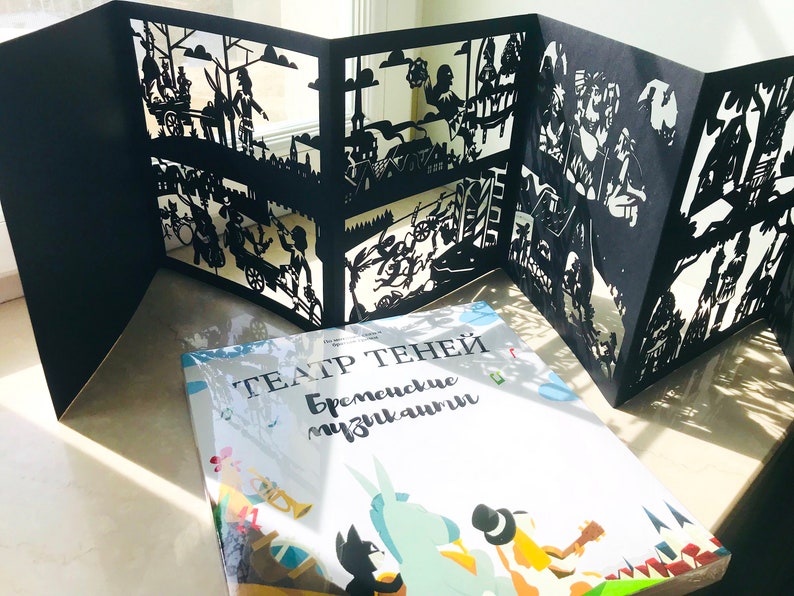 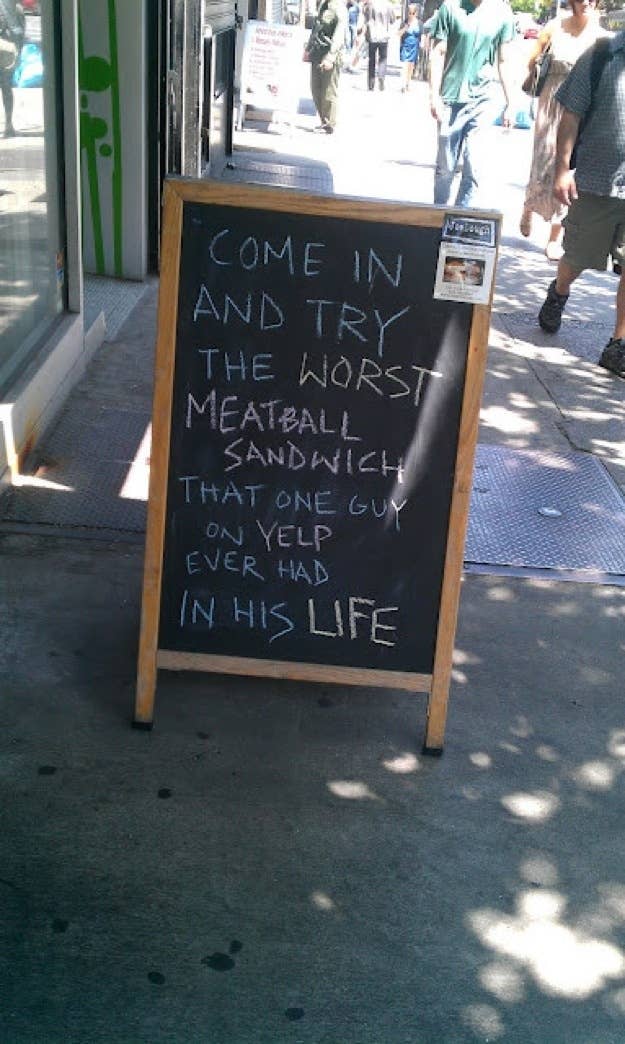 BOX SET
Naturalistic setting of a complete room built from flats with only the side nearest the audience (the fourth wall) missing. BREAK A LEG
A superstitious and widely accepted alternative to "Good Luck" (which is considered bad luck). 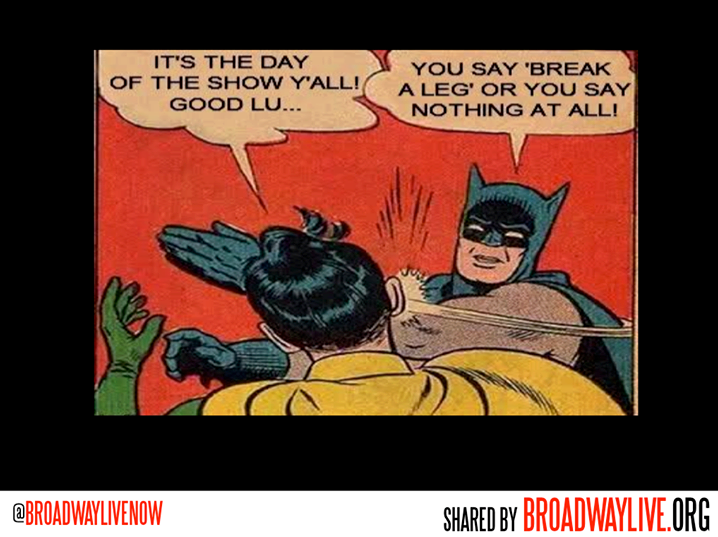 CAST
The members of the acting company.

CASTING
The process of the director choosing actors to perform the characters in the play.

CATWALK
Any high area used for lighting or other technical needs.  It is very narrow and dangerous. 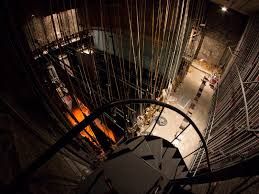 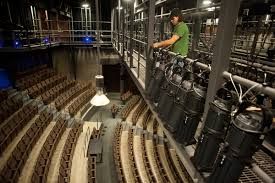 CHORUS:
They may or may not sing.  These are actors that have no lines other than singing in big production numbers.  They are often seen as unimportant, but they help the principles act by reacting to the story.

COMIC RELIEF
A comic scene (or line) included in an otherwise straight-faced play to provide a relief from tension for the audience.

COMPANY
The cast, crew and other staff associated with a show.

CUE
The command given to technical departments to carry out a particular operation. E.g. Sound Cue. Normally given by stage management, but may be taken directly from the action (i.e. a Visual or Audio Cue).

CURTAIN CALL
At the end of a performance, the acknowledgement of applause by actors - the bows.

DIALOGUE
The spoken text of a play - conversations between characters.

DIRECTOR
Boss in charge of the actors and how they perform. 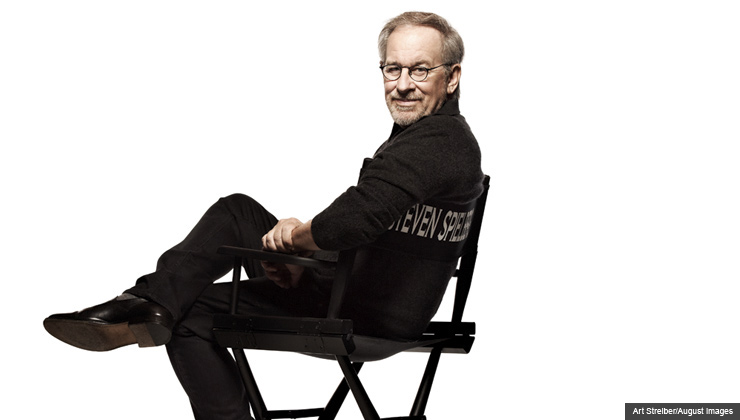 DIVA
A singer or actress that is excellent, but is difficult in a group setting because they demand all of the attention. 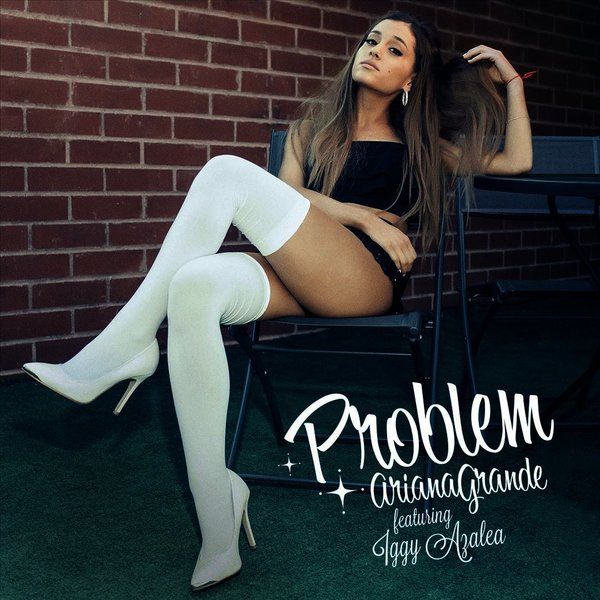 DRAMA QUEEN:
A person that is always involved in controversy and is always seeking attention.

DRESS REHEARSAL
A full rehearsal, with all technical elements, costumes, and props brought together. The performance as it will be "on the night".

ENSEMBLE
An acting group. Normally used to describe a group of actors who work well together, with no-one outshining the others.

FRONT OF HOUSE (FOH)
1) Every part of the theatre in front of the stage. Includes foyer areas open to the general public, and the outside of the theater.  This includes the MARQUEE.  This area can promote the show and sell tickets.  The backstage areas of the theatre are known as Rear of House (ROH). 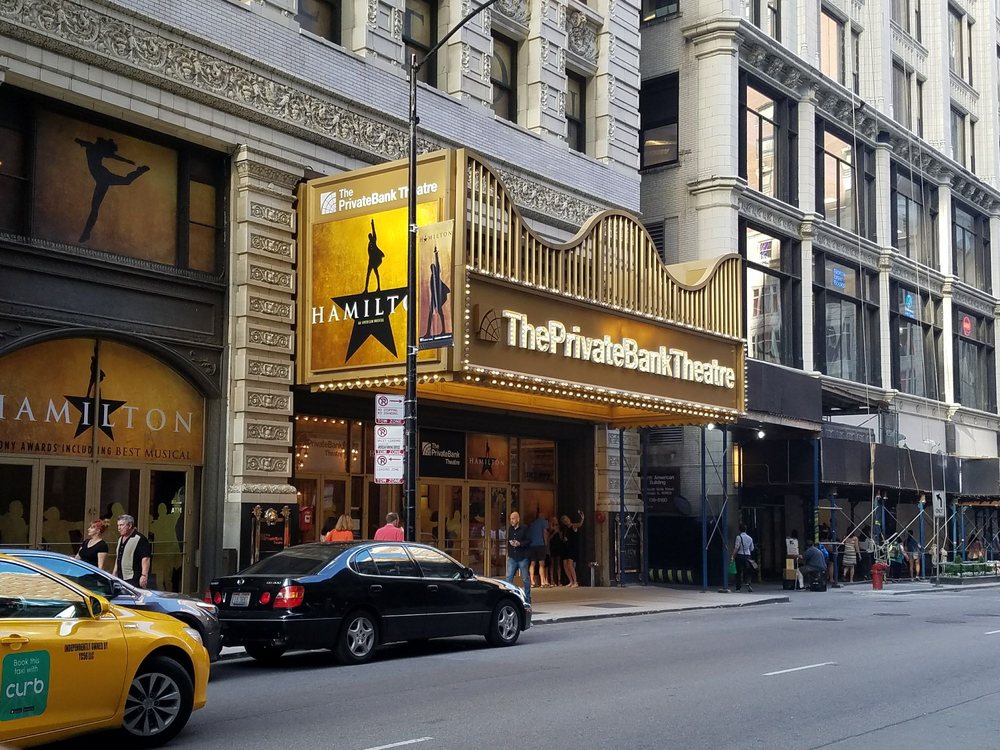 FLYING PIECE
An object, actor, or piece of scenery that hangs or flies into the acting area.

Gel
A colored plastic sheet that goes over the lighting to create effects.

IN THE ROUND
Theatre in the Round is a form of audience seating layout where the acting area is enclosed on all sides by seating.

INTERVAL/ INTERMISSION
Break between sections of a performance, normally half way through a standard length performance (approx 1 hour each half) and is usually 15 or 20 minutes in duration. 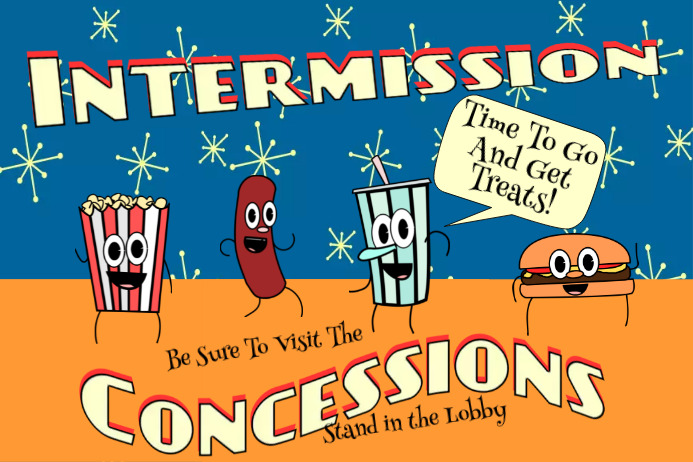 MATINÉE
Afternoon performance of a show. (From the Latin for "of the morning", but who does theatre in the morning?)

MONOLOGUE
Where the actor talks directly to the audience.  Timing issue:  Cut at 1:30 https://www.youtube.com/watch?v=0KFVLWX7eEY

OVERTURE
Introductory musical piece played before a musical which contains many of the musical motifs and themes of the score.

PRODUCER
Boss in charge of organizing all of the details and people that put on the show. Working with the DIRECTOR they decide how and what to build/ buy, when to rehearse each part, and anything else the DIRECTOR needs.  Above STAGE MANAGER, but equal to the DIRECTOR- Just don't tell them that. 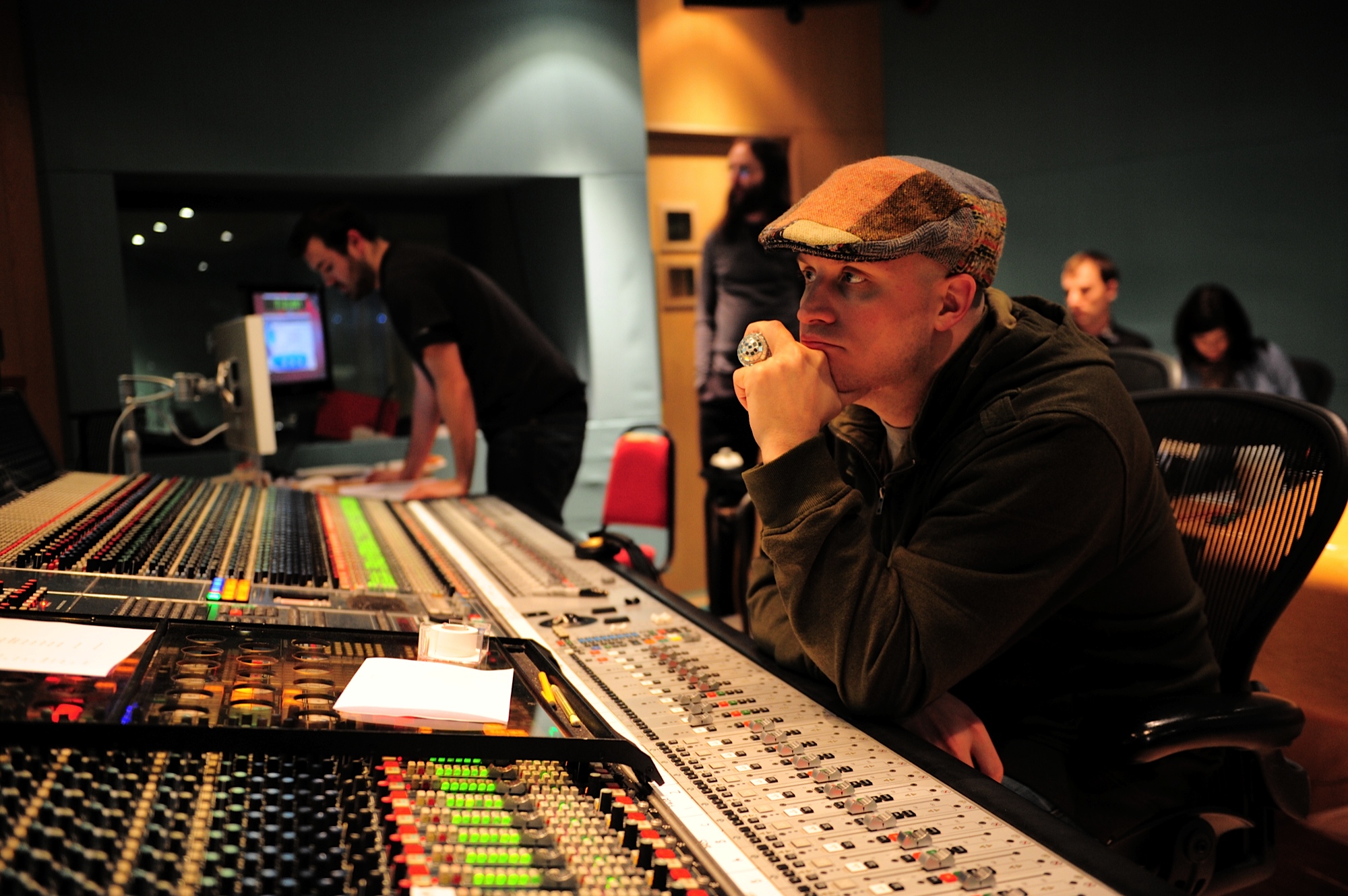 PROSCENIUM ARCH
The arch above the stage that hides the curtain/TABS, CATWALK, and technical equipment from the audience. 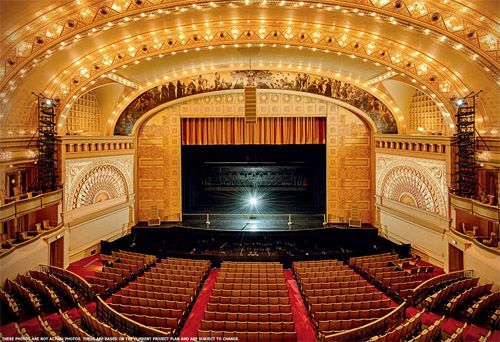 PROPS
(Properties) Furnishings, set dressings, and all items large and small which cannot be classified as scenery, electrics or wardrobe.

RUN
1) A sequence of performances of the same production. (e.g. "How long is the run of this show?" or "This show runs for two weeks")
2) A rehearsal of the whole show or a section of it (e.g."This afternoon's rehearsal will be a run of Act II followed by notes").

SIDES
Sides are a portion of the play or another play, that the actors will use during the casting process.  This allows the producer and director to see what talents the actors have so they can cast the play correctly.

Lines delivered by an actor on stage as if to her/himself.

SOMEBODY
The jerk that screws-up.  When notes are given after a rehearsal or performance, they are the un-named person that should have avoided an error- but we all know who it was.  "SOMEBODY was playing with the props and broke the arm off of the prop baby.  It totally ruined the next scene!"

SPIKE
A piece of colored tape on the stage to indicate where items of scenery or actors are to be placed.

STAGE CREW/ CREW
All of the people that help with the technical parts of the show.  They may handle sound, lights, movement of props and furnishing.  They work very hard, and their hours are longer than the actors.  The STAGE MANAGER is their boss.  Their attention to detail, memory, and speed are necessary to do the job well.

STAGE LEFT / RIGHT
Left/ Right as seen from the actor's point of view on stage. ( Stage Left is the right side of the stage when looking from the auditorium.)  The and use the opposite, but when is that realistically going to be an issue for you?

STAGE MANAGER
They have the loudest voice in the company and will use it to get the job done.  They show up early, stay late, and will even sweep the floor because they know it always needs to be done.  A thank-less job that demonstrates that they care about the show more than anyone.  They keep everything, and everyone in line.  Stay out of his or her way.

TABS
Any stage curtains including a vertically flying front curtain (house tabs) and especially a pair of horizontally moving curtains which overlap at the center.

TRAPS
A trap door hidden in the stage so that "Things" may magically appear or disappear.

TYPECAST
An actor who is regularly cast in the same kind of roles is said to be TYPECAST. If an actor has played similar roles for a while (e.g. muscle-bound baddie) and is cast in a completely different role (e.g. a nanny) he's said to have been cast "AGAINST TYPE". 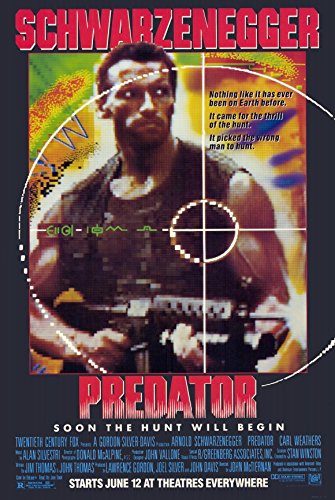 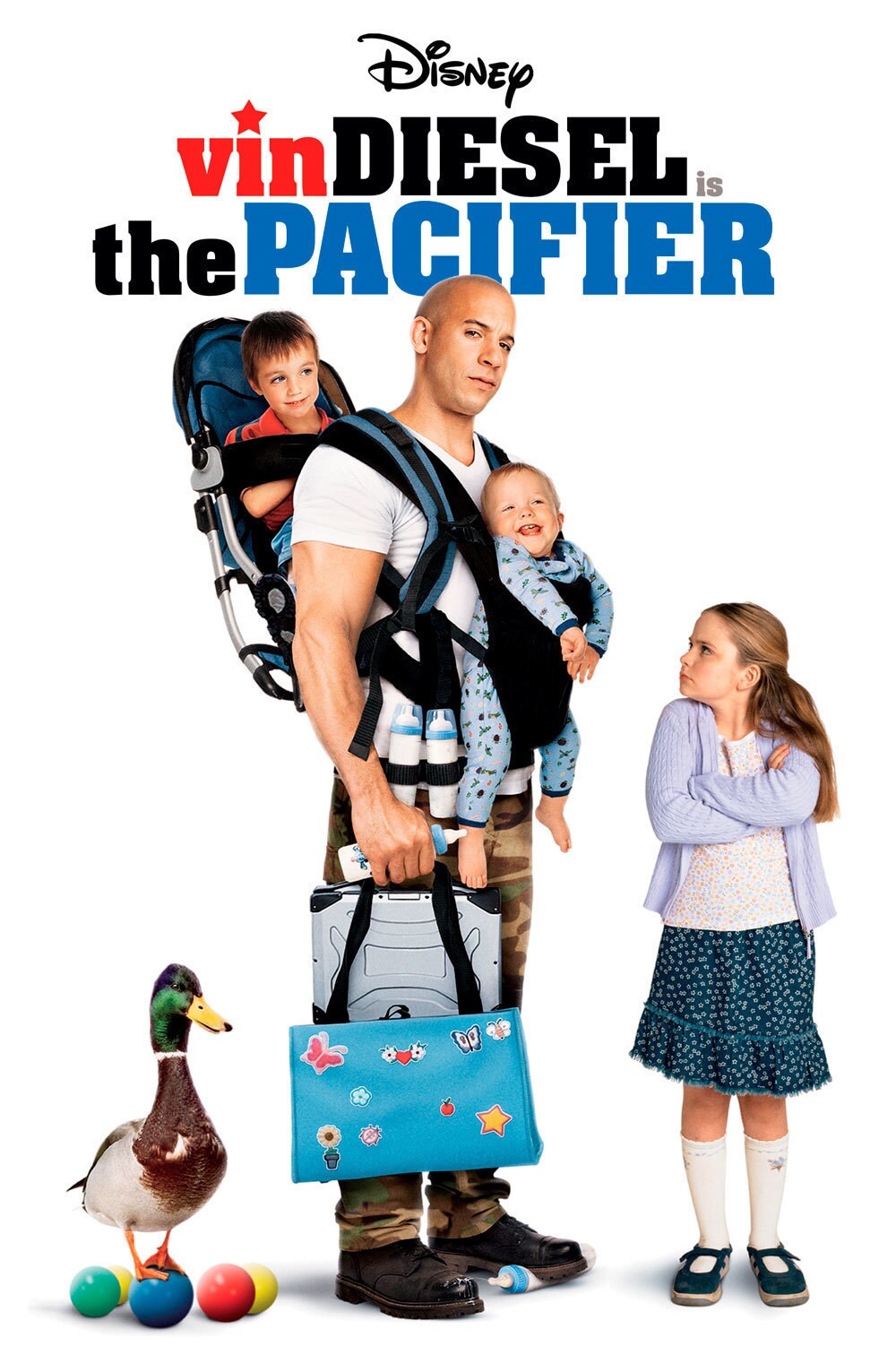 UPSTAGE
1) The part of the stage furthest from the audience.
2) An actor drawing attention to himself away from the main action (by moving around, or over-reacting to onstage events) is upstaging.

VISUAL CUE
A cue taken by a technician from the action on stage rather than being cued by the stage manager. Often abbreviated to " ".

The out of view areas to the sides of the acting area.

WALK-ON
A small acting role with no lines. Also known as SPEAR CARRIER.